FOUNDATION AND KEY FACTS ABOUT THE SEELS NETWORK

The South East European Law School Network (SEELS) is the first academic network of its kind, bringing together 10 active distinct Law Schools from the region, from 5 different countries – Albania, Bosnia and Herzegovina, Croatia, Serbia and North Macedonia to be more precise.

SEELS was established in 2011 with the aim of improving cooperation between the Law Faculties in the region and thus increasing their scientific, teaching and administrative capacities. The Network is dedicated to contribute to the international competitiveness and to development of high level of performance in the field of legal education, research and publishing particularly with regard to curricula development, inter-institutional cooperation and integrated study programmes at a regional level, through a planned three-pillar-approach (education, research and publishing).

The the Management Board is the ruling body of the SEELS Network. It is consisted of representatives of each of the member faculties and is tasked with strategic decision making, supervision of the policies related to the SEELS membership, deciding upon new members, project proposals and staff, adoption of the SEELS strategy, operational plan and budget.

In this project the Centre for SEELS is also acting in a capacity of representative of the member faculties which are not included as project partners, but are taking part within the project activities.

The work of the SEELS Network is focused on 3 specific areas– education, research and publication.

In the field of the education, SEELS aims to further harmonise curricula across the SEE region, as well as to provide regional educational opportunities such as postgraduate and doctoral courses as well as summer schools. It also supports the exchange of lecturers and students among the participating law schools and invites leading international academics and practitioners to South Eastern Europe and designs programmes of executive training for different legal professions.

In the field of the research,  SEELS facilitates intensified academic legal research in the region by connecting leading academics in the fields of common interest and organizes joint conferences, research programs and forums. This contributes to the better connectivity between the academics of the region who are linked with their counterparts, but also contributes in the connecting the academics from the SEE region with the academics from the leading European or other international law schools and research institutes.

As for the Publication aspect the key activity is the production of the SEE Law Journal – the first regional per-reviewed  journal in the English language. In addition, SEELS produces various forms of publications as result of its educational and research activities. All of the publications issued are available on the SEELS website.

FACULTIES REPRESENTED BY SEELS / CENTRE FOR SEELS WITHIN MELE

University in Nis, Faculty of Law

The Faculty of Law in Niš is a state educational and scientific institution of higher education within in the structural framework of the University of Niš. Having the capacity of a legal entity, the Law Faculty is subject to all the rights and obligations in compliance with the Higher Education Act and the Faculty Statute.

Link to the Faculty’s webpage:  University of Nish 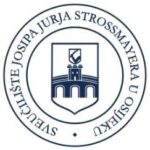 University in Osijek, Faculty of Law

New integrated university legal studies undergraduate programme has been developed in accordance with the so-called Bologna process, and is implemented since 2005. This study programme incorporates and brings into equilibrium all necessary theoretical and practical contents without which legal practice would be inconceivable in conditions of globalisation and European integration, paying attention to a reasonable workload of teachers and students during programme implementation. Besides Integrated Undergraduate and Graduate University Studies the Faculty of Law in Osijek conducts Postgraduate Specialist Studies in Human Rights Law; Criminal Law; and Management of the Local and Regional Self Government Development, as well as Specialist Studies in Public Administration. In 2014 Faculty of Law launched its Postgraduate Doctor’s Studies in Law.

Link to the Faculty’s webpage:  University of Osijek, Faculty of Law

University in Rijeka, Faculty of Law

Faculty of Law of the University of Rijeka was founded in 1976. Faculty currently employs 80 employees: which consists of 60 teaching staff (full time professors, assistant professors and assistants) and 20 non-teaching, administrative employees. Faculty has currently 21 departments.

Link to the Faculty’s webpage: University of Rijeka, Faculty of Law

University in Sarajevo, Faculty of Law

The University of Sarajevo Faculty of Law (Bosnian: Pravni fakultet Univerziteta u Sarajevu), also known as the Sarajevo Law School, is one of the leading schools of the University of Sarajevo, Bosnia and Herzegovina. The school is located in Sarajevo’s downtown district next to the Latin Bridge and not far from Baščaršija, the city’s historical and cultural center.

The Sarajevo Law School was founded through a legal act on 20 August 1946 and it became the first member of the University of Sarajevo. Mehmed Begović, Distinguished Research Professor at the University of Belgrade’s Faculty of Law specializing in Yugoslav Sharia law was the driving power for establishing the school’s program and organization (along with Gorazd Kušej from Ljubljana and Pavao Rastovčan from Zagreb). Russian lawyer and historian Alexander Soloviev served as the first Dean of the Sarajevo Law School from 1947 to 1949.

Link to the Faculty’s webpage: University of Sarajevo, Faculty of Law

University in Split, Faculty of Law

Since the beginning, the education of legal professional has been the main task of the Faculty.

Since 1976, the Faculty has been carrying out, postgraduate studies as well. It is not surprising that the studies were selected which encompass the maritime orientation of Dalmatia and the Republic of Croatia. The first postgraduate study of “Maritime Economy”, which yielded 24 specialist master’s degrees, was realised in cooperation with the Faculty of Economics in Split. In 1978, a highly successful postgraduate study of “Law of the Sea” was established (renamed into “Maritime Law and the Law of the Sea” in 2001), where 115 candidates obtained the academic degree of the master of legal sciences. In 1979, the postgraduate study of “Self-Governing Law” was established, which was, as it was soon discovered, ephemeral. After the Faculty obtained a relevant license at the end of the 1960s, it awarded more than 60 doctoral degrees in legal sciences.

Until 2003, there had been 11 departments which nominally encompassed several related courses.

Link to the Faculty’s webpage:  University of Split, Faculty of Law 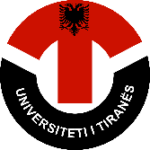 University in Tirana, Faculty of Law

The Faculty of Law was established in 1954, initially named as the “High Institute of Law”. After the establishment of the University of Tirana, the High Institute of Law was incorporated into the University, by the name “Faculty of Law”. After its reorganization in 1965, the Faculty was renamed “Faculty of Political Science and Law”, and it had a stream of studies in political science and law.

In 1991, the law stream was separated from that of philosophy and political science- and in this way two separated faculties were created. On the other hand the branch of journalism was transferred to the Faculty of History and Philology. Since then, the Faculty of Law was called the “Faculty of Law”. In the 80s, this Faculty reinstated the four-year curricula.

In the 1990’s the Law Faculty underwent numerous changes. The introduction of new legal concepts and new practices related to the establishment of new legal system, made it necessary to reform the major part of the academic aspects, scientific, educational as well as physical capacities of the Faculty. At the beginning of 1991, curricula and programs were changed and developed following Western European models, which further improved in 1995, 1997 and 1999.

Students at this Faculty can attend a full time program of study or the part time program. Student enrollment is based on competition, organized every year at the end of high school studies.  The cycles of studies are modeled upon the Bologna system: a three-year Bachelor program, one and two- year Master programs, and three to five year Phd studies.

There are approximately 5100 students enrolled in the Faculty of Law, out of which 1760 attend the full time study program, while 1400 students are in the part-time system.

Link to the Faculty’s webpage: University of Tirana, Faculty of Law

University in Zenica, Faculty of Law

The Faculty of Law in Zenica as well as the higher education in this city have a long history as they were long time in the making. It sources from the establishment of several high education institutions that were established in the 60’s of the last century, and went through series of structural developments.

In the period before the war in Ex-Yugoslavia, in Bosnia and Herzegovina, the School of Economics and the Faculty of Law from the University of Sarajevo had their branch departments in Zenica. However, they were soon closed down.

Upon the outbreak of the war in Bosnia and Herzegovina, the situation in high education as well as in the society in general became quite complicated. The essential life conditions were jeopardized and a huge number of students and teaching staff participated actively in the defense of the country. Yet, no matter the problems they faced the high education institutions did not stop working. On the contrary, some new Departments, Faculties and Colleges were founded. Thus, The School of Medicine and the Faculty of Electrical Engineering in Tuzla had their branch departments in Zenica for a while. The same refers to the Faculty of Criminology from the Sarajevo University. All these Departments ceased their work upon the completion of the war.

Link to the Faculty’s webpage:  University of Zenica, Faculty of Law

Prof. Dr. Neda Zdraveva – Secretary General and  Manager of the Centre for SEELS

Dr. Neda Zdraveva is Secretary General of the South East European Law School Network since its establishment in 2011. She is responsible for the daily management of the activities including project development and project implementation. From 2021 she undertook the position of a Manager of the Centre for SEELS.

Ms. Bushtreska obtained her BA from General and Comparative Literature in 1992 at the University Sts. Cyril and Methodius, Faculty of Philology, in Skopje.  After that Ms. Bushtreska worked as a journalist for the Macedonian National Television, and Channel A1 covering cultural philosophical and societal topics.  In continuation, Ms. Bushtreska gained work experience as a Project Manager at the United Nations Development Programme, Open Society Foundation and other international organisations in the fields of gender and civil society.

She obtained her bachelor degree at the “Iustinianus Primus” Faculty of Law, Ss. Cyril and Methodius University in Skopje in 2012. After her bachelor studies she enrolled in a double degree LL.M. programme between the Faculty of Law “Iustinianus Primus”- Skopje and the Centre for International Intellectual Property Studies(CEIPI) – University of Strasbourg, France. During her undergraduate and postgraduate studies she participated in numerous, seminars, conferences and traineeships. She was a member of the AEGEE student organization.

After finishing her Master Degree, Frosina was chosen to represent the Faculty of Law in the European Union Intellectual Property Office in Alicante, Spain. Following this, before joining our team, she worked in the European Patent office in Munich, Germany.